Staff member
Enicaristi
Sherpa
Please feel free to introduce yourself to everyone here but with one caveat! We must see a watch from your Enicar collection!

I'm Steve and have only recently started collecting Enicar's, so am learning a lot about the brand as I go along. The other staff members are far, far more knowledgeable I promise! You can normally find me here and over at TZ-UK.

The picture below is a Sherpa Super-Dive MkII that I recently picked up from Martijn van der Ven who is putting together a book on the history and watches of Enicar: https://www.kickstarter.com/projects/enicarbook/time-for-a-change-a-book-about-the-lost-watch-bran. I believe this actual watch will be in the book, which is quite cool.

Hi my name is Andreas and yes a have some Sherpas but I also collect some old cars. 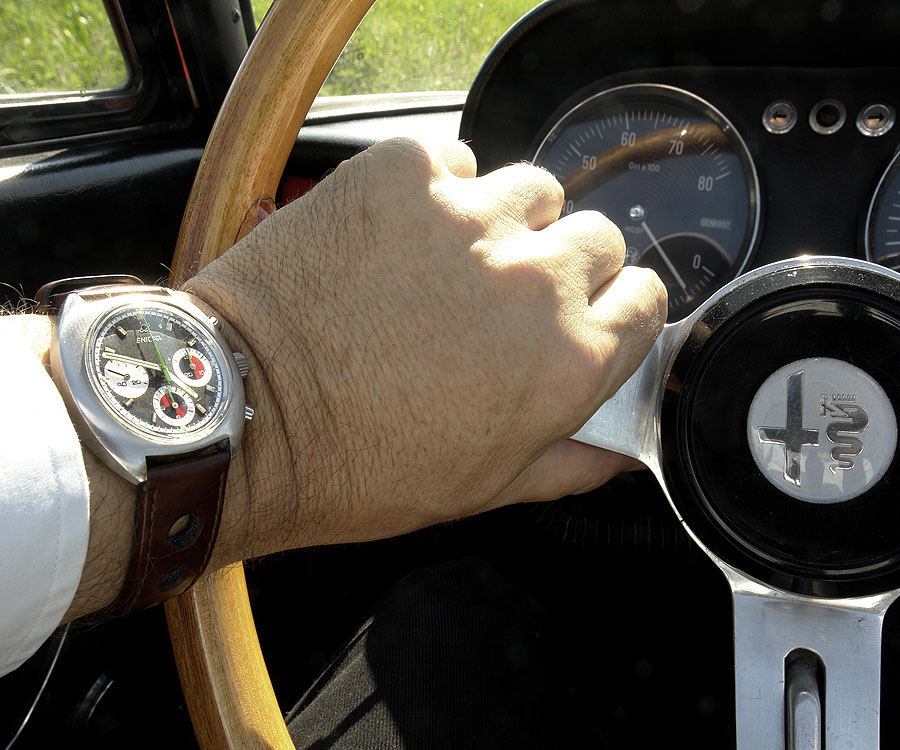 My Enicar watch collection ( not up dated ) as a start. Congrats for your forum !!!

Staff member
Enicaristi
Sherpa
Thanks Franco. Nice little collection going there. The Aqua Graph is on my list.

Sherpa
I have over hundred Enicar watches. Below Ocean Pearl & Star Jewels.

My name is Kociuba, Romuald Kociuba - James Bond is a poor collector in relation to me, and his Omega will lose the fight!

Sherpa
Hi everyone,
I'm Herman from The Netherlands.
Collecting watches from the 1960's and the 1970's mainly.
Here's the Sherpa I'm wearing today:

Hi,
I'm Živan and I'm 17. I really like restoring old things, specially if they have some kind of mechanical complication such as watches and clocks. It has been 2 yaers since I took apart my first pocket watch. I've worked on some automatic and chronograph movements but I'm still practicing on some bigger, robust movements.

This is my Enicar Sherpa which I enjoy wearing

Have been collecting watches for around 16 years. I have owned 3 Sherpa Guides and now only have one. These watches are so interesting to look at and they are all so different. I really love their size also.

a couple of lovely watches there.

Make yourselves at home and let's make Enicar great again

Feel free to get posting and let's get our little community rolling!

Hello everyone,
I'm pleased to see a dedicated forum for Enicar. I've got a Super Dive (old picture, I'll post another one soon). I bought it here in Australia - it had been laid-up for many years as the oil in the movement had dried up. It's had a service and works fine now. 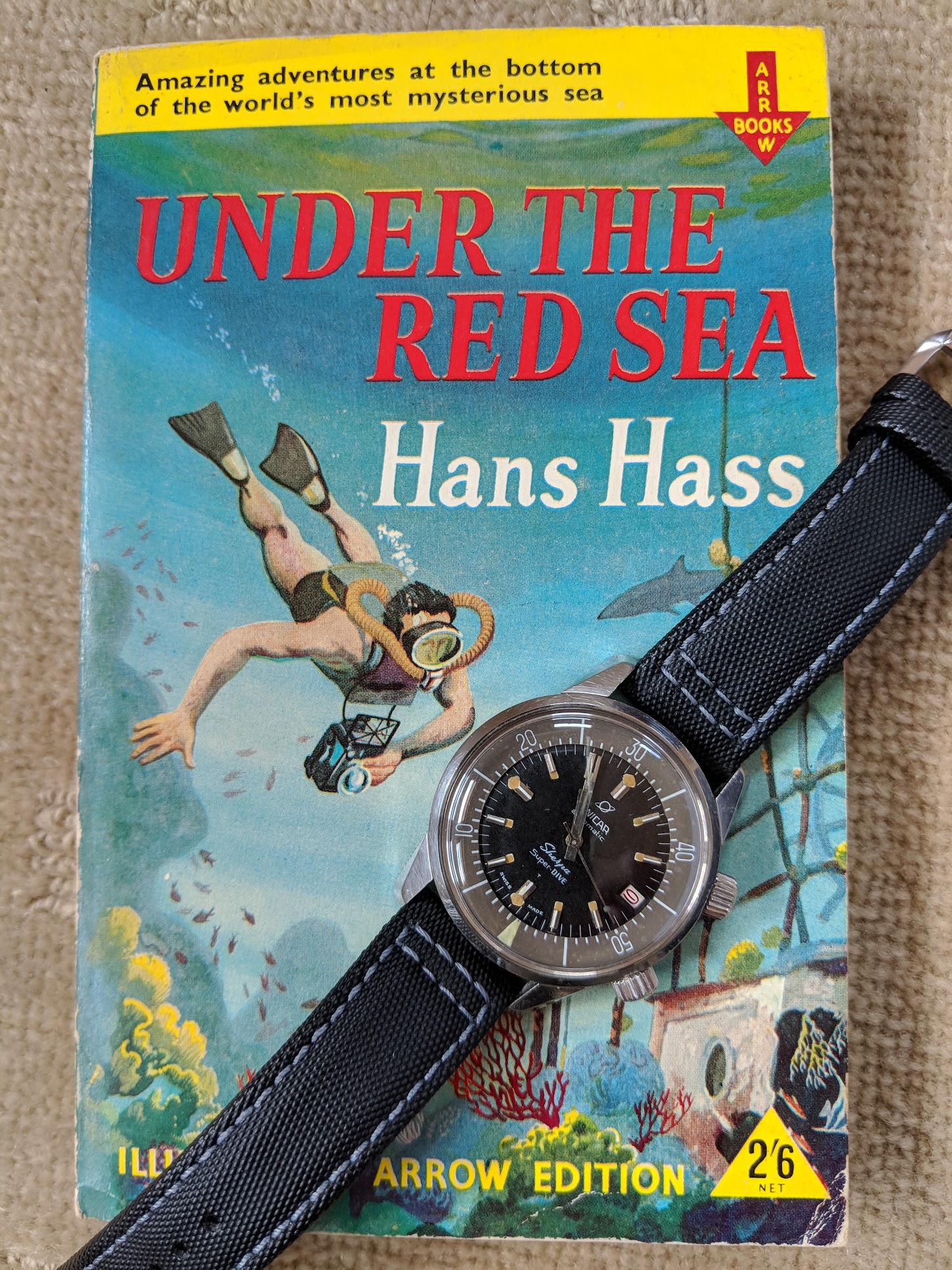 But also . . . I do treat my small number of vintage watches as "daily drivers."

I do not think of myself as a car collector as I have just the one vintage car with no plans get carried away!

Staff member
Enicaristi
Sherpa
Lovely MKIII! I've hopefully got one on the way, just need to move on one more watch
P

Sherpa
Hi I am Petter from Sweden.
Cannot help noticing that there is some correlation between watch enthusiats and car enthusiasts.
Both watch and car are from the golden late sixties...when there where proper instruments for cars and for men...

Staff member
Enicaristi
Sherpa
I've got to agree with Petter. Especially so among the Enicar crowd.

Sherpa
Hi Guys ; Some of you might know me from WUS.
I started collecting 1960's sports watches 6 years ago.
I've now stopped collecting because you can have too much
of a good thing and frankly I now own all the watches that I really want.
I am keeping my first edition 1950 JLC wrist alarm, Gallet MC12 ( EP40-68 ) Aquastar Deepstar,
JeanRichard Aquastar 60 and of course a collection of Enicar Super Compressors.
My other hobby and passion is 1960's classic cars ( mostly Italian ).

Welcome to the boards though.

Staff member
Enicaristi
Sherpa
I had to look up SOTC for possible interpretations and I'm guessing it is Brit-speak for straight out of the camera.

"Stations of the Cross" and "Syracuse Obedience Training Club" seem less likely, given then context.

Something Kazrich posted struck a nerve with me and will fill out my introduction a bit.

Back in 1984 I bought a new Seiko 7A48-7009 quartz-based chrono with moonphase. As a child, I had admired the silver-dialed three register chronograph my dad brought back from WW II. It was badly beat up and did not run, but it caught my eye and my brother and I would play with it as children, pretending it was a "commando" watch.

I wore the Seiko every day from 1984 until 2017, when I found another online just like the one I owned and I bought it. The original had been serviced twice by Seiko authorized service, and now a replacement for the worn gold ring around the bezel is no longer available. I bought the second for the new-looking gold ring. The first watch cost $275 back in 1984 and the second watch cost $275 in 2017. There were many of these beautiful and accurate watches made and one can still find them on Ebay.

In late 2017 a latent interest in vintage watches overcame me and it was then that I started a small collection which today includes a 1963 JLC rose gold Memovox, two Sherpa Graphs, Two MC12Hs, an IWC Mark XV and a couple of additional modern mechanical watches.

Here's where the reference to Kazrich's post comes into play . . .

I have recently understood that I don't need any additional watches. I did not actually need more than the one in the first place. I gave an Undone homage watch I bought to my son and I have a couple of additional watches that I now realize will not get much wrist time. I'll sell these on or give them away as well. The JLC will only come out rarely until I 'am no longer here. The two Enicars and the two Gallets will continue to be worn often as they feel "right" to me, whatever that means.

I'm sure many will agree that hunting for the next watch is fun in its own right. I'll continue to hunt for one or two more watches that I do not need. Now though, I feel I will be very selective . . . as the primal urge has been satisfied.